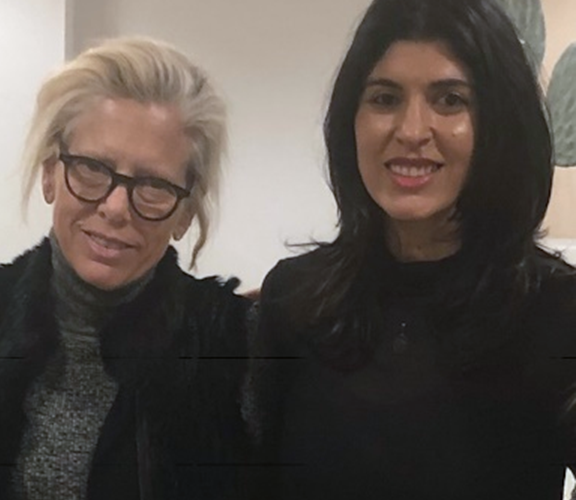 LIVE from NYC! Todays Marni on the Move LIVE episode is part of a Creative Conversation series, presented by Talenthouse at WeWork.

Get ready to be inspired and empowered by amazing entrepreneurial advice, insight and wisdom from Hinted Founder and CEO Lucy Danziger (also a former podcast guest), and Pretty Connected Founder + CEO, Lara Eurdolian.

Host Marni Salup , Lucy Danziger and Lara Eurdolian, sync up on the Marni On The Move podcast to talk about all things entrepreneurship including taking the leap to create your own brand, finding the balance between innovation and the process needed to grow a business, the importance of brand voice and authenticity, customer acquisition and audience development, staying relevant in an ever changing world, and of course, the exercise and wellness that fuel then for success.

Hinted is a very cool game-changing social shopping platform and app, designed to take the guess work out of gift giving and empower you with the tools you need to get everything you want in life! You can make a wish list of anything you desire-from a pair of shoes to a new watch, a vacation, your next triathlon bike, your favorite charity or even a puppy!

Pretty Connected® is an award winning, beauty, fashion, and lifestyle blog, What started as one of the first beauty blogs in NYC launching over a decade ago has now expanded as a multi-platform brand, and content across categories including fashion, lifestyle, pets and travel and a line of accessories, an on and more.

We hope you enjoy this special LIVE Marni on the Move episode. If you like what you hear, please leave us a five-star review on Apple Podcasts. Sign up for our newsletter, and follow us on social.

ABOUT TALENTHOUSE
Talenthouse is the largest global creative content ecosystem with 4M members spanning 175. countries. The company was founded with the goal of giving the independent creative entrepreneur, living in remote parts of the world an opportunity for their work to be seen or heard. For over 10 years they have kept this promise, because they believe cultural diversity means creative diversity. This allows brands from Porsche, Pepsi and Unilever to Warner Brothers, Absolut, Amazon and Google access to diverse, scalable creative storytelling in nearly every vertical in the imagination. 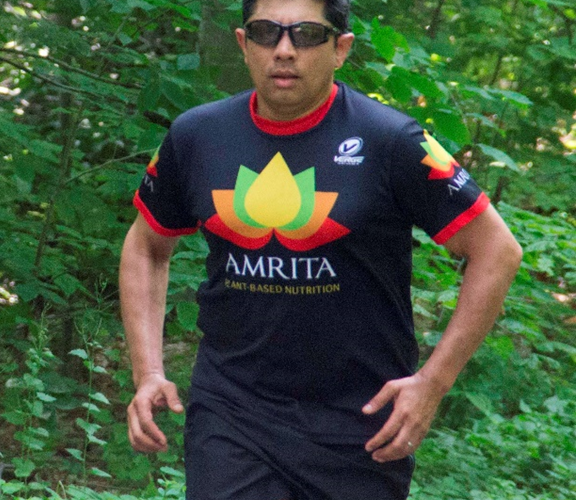 Arshad Bahl is the Founder + CEO of Amrita Foods,  the protein and energy bars that fuel my training and everyday life! His path to entrepreneurship was organic, literally and figuratively, and incredibly inspiring. He spent the first part of his career working in  corporate consulting and marketing, but when his son was diagnosed with autism and severe gastrointestinal issues at the age of two, his life and career were changed forvever. Arshad and his wife did a ton of research and immediately started their son on an aggressive gluten-free and dairy-free nutrition program. The nutritional changes helped heal his gastrointestinal issues, which allowed for better absorption of nutrition, which in turn made it easier for him to focus on other necessary therapies. Within three years, their son was in a mainstream classroom and was doing well both academically and socially.

After his son’s nutritional changes and gastrointestinal recovery, Arshad became convinced that plant-based nutrition was the right approach for managing inflammation. The significance of reducing one’s allergen load (such as consumption of gluten, dairy, nuts, soy, oils, preservatives, and chemical-containing non-organic foods) to help the body recover from daily stresses became apparent. Arshad became dedicated to developing snacks free of these damaging ingredients. In 2012, Amrita was officially launched.  What began as a few pop-ups starting at farmers markets got picked up by Whole Foods and today is in over 1000 doors nationwide.

Arshad is  an incredibly savvy founder and entrepreneur with a seriously awesome product. The protein and energy bars are delicious and packed with superfoods and healthy ingredients like Quinoa, Chia Seeds Dates Coconut Oil Sea Salt Maple Syrop, Cranberries, blueberries and more. They are dairy-free, gluten free, and vegan .

On today’s episode, Arshad and Marni talk about where his entrepreneurial journey began, food as medicine, healthy fueling for athletics and life, and he shares some great career and business insight and wisdom on building a brand, direct to consumers sales, influencer marketing and more.

Amrita is offering Marni on the Move listeners $10 off for anyone to get started. Use the code JUMPSTART upon checkout at www.amritahealthfods.com

For our athlete listeners, if you would like to be an Anrita Ambassador and are willing to wear Amrita for racing and training, Free Kit + 25% off all year, email us and we can connect you with Arashad.marnionthemove@gmail;com.

I hope you enjoy the episode! 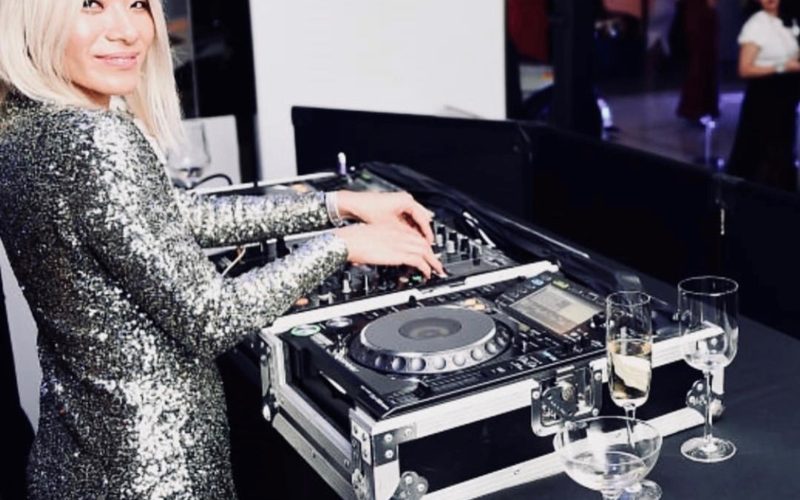 45. May Kwok: Sampling Waves, Mixing Tracks, and Influencing Trends Around The World

May Kwok is a visionary entrepreneur with a talent for bringing brands to life through music and experiences-digitally and IRL! She is a globally renowned DJ, designer, model, and influencer fueled by surfing, fashion, fitness and running. You may have seen her on Instagram under the handle @Iamamayzing and she pretty much is! If you don’t believe us, head over to Soundcloud and have a listen.  May Kwok is the go to DJ for the fashion, pop culture and wellness scenes around the world.

Her DJing roster includes everyone from the CFDA, MQueen, Zimmerman, Refinery 29, Popsugar, Prada, and so many more. You can follow her custom curated playlists on Spotify for brands like Phillip Lim, Whalebone, Sakara, Fendi, those are just a few. Also in her portfolio, May All Day, her design collaboration + capsule collection with activewear brand, Alala.

Even cooler than all of the fun DJing, and fashion, May is a surfer. She has traveled around the world riding waves from Rockaway Beach to Bali. She just got back from Sri Lanka a few days before we recorded the podcast.

On today’s episode,  Marni syncs up with May to hear what’s on her playlist, learn about her favorte breaks, and dial in to the next wave of all things, May.

If you like what you hear, leave us a five star review on Apple Podcasts! 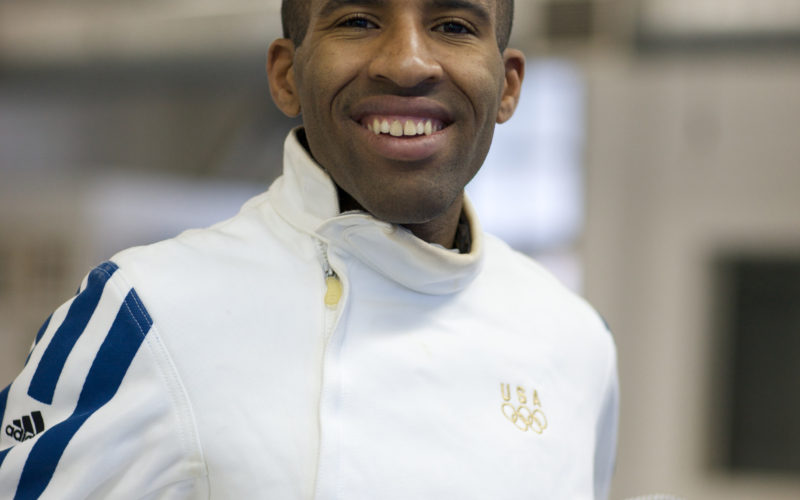 44. Keeth Smart, Olympic Silver Medalist in Fencing: On the Power of Athleticism, Career Strategy, and Brooklyn

At the young age of 11, Keeth Smart was fencing for fun.  He also played tennis and many team sports like most children his age. However, unlike everyone else, Keeth had some serious fencing skills and very forward thinking parents that signed him up for lessons at the Peter Westbrook Foundation. By the time he knew it, he was on track for a college scholarship. He got that scholarship and later became the 1st U.S. Fencer to Rank #1 in the world, a 3x Olympian, and Olympic Silver Medalist in 2008 at age 30.  He went on to get his MBA at Columbia Business School, co-founded a Fitness Technology Company, Phsyiclo, and is now Regional General Manager at Chelsea Piers Fitness. Keeth and Marni talk about where his athletic journey began, how being athletic and involved in sports set him up for success, his career and next steps at Chelsea Piers Fitness, and the workouts that fuel him for success. Follow us on social @chelseapiersfitness @KeethSmart, @Marnionthemove and meet Keeth Smart at our upcoming January 19  live podcast series and mobile summit at Chelsea Piers Fitness Brooklyn.

We hope you enjoy todays episode. Leave us a five-star review in Apple Podcasts and support the show.

Thank you and Happy New Year